This would have to be one of the biggest repair jobs I have had to do. The photos (I remembered to take a few) show how badly the guitar had been damaged, its condition was very poor. Chris, who owns over 25 guitars, bought the Shaftesbury into the workshop one day to see if I would take it on, he had recently purchased it. I love a challenge and made a start.

The pickups and electrics needed cleaning, however they were not to bad, but the body work was trashed and had also been badly repaired before, which made it more complex. There was that much car body filler in it, if I had hit someone with it, they would have died from Asbestosis.

The refinish would be in Apple Green, as Chris is a big Beatles fan and wanted something striking to look at when playing live on stage with his band. 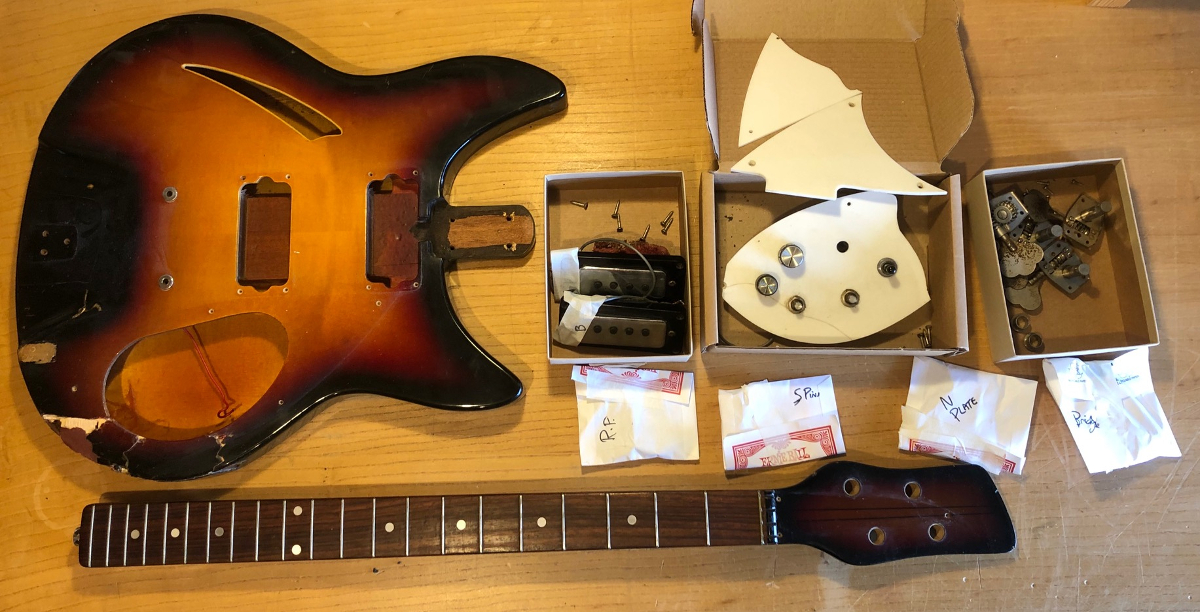 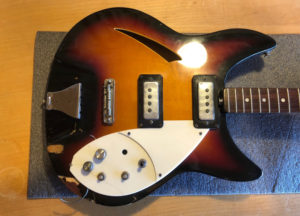 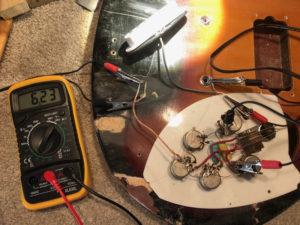 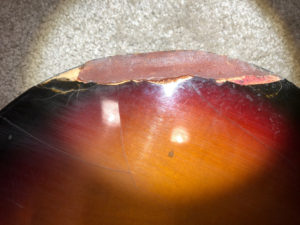 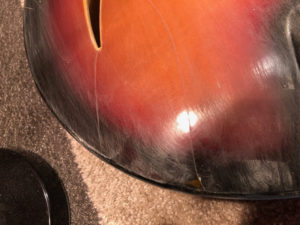 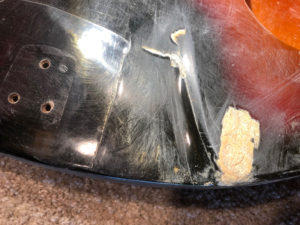 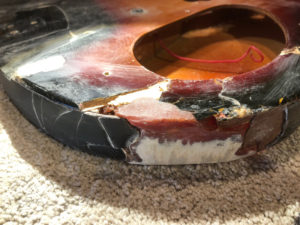 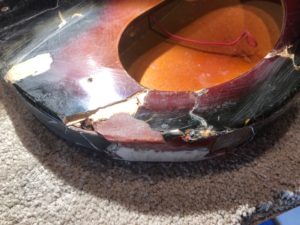 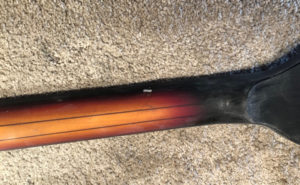 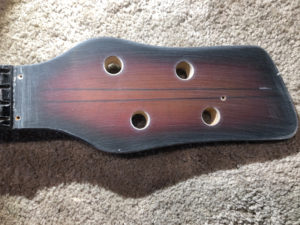 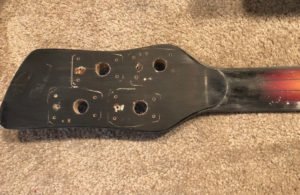 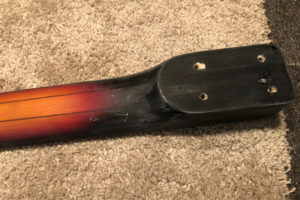 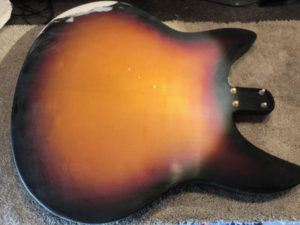 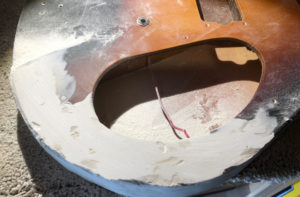 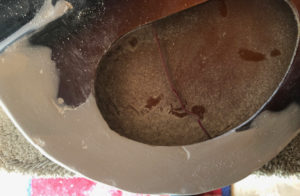 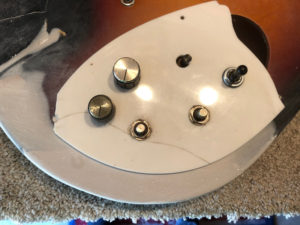 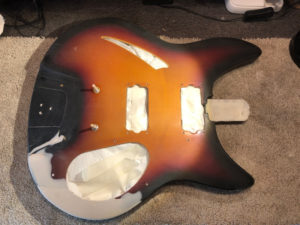 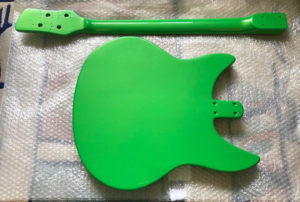 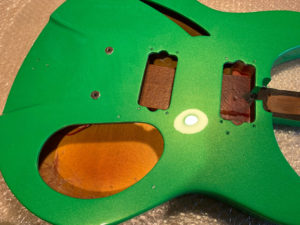 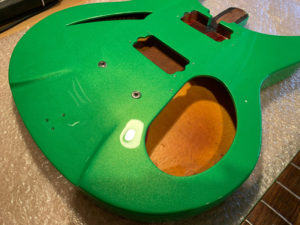 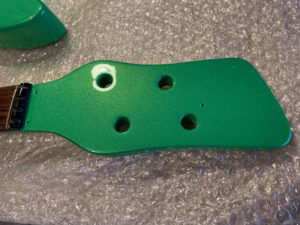 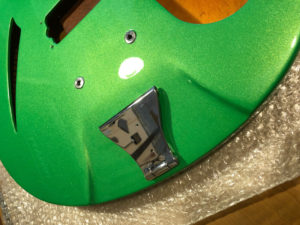 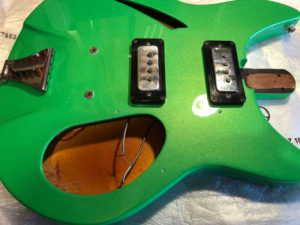 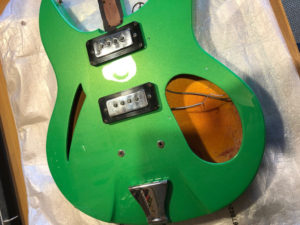