Axeify (Givin the Dog a Tone)

So what is Axeify? I hear you cry…!

This is a special upgrade service I have called Axeify. (sorry it needed a name) Its taking a mid range priced guitar and making it every bit as good as a top end guitar for a lot less money. You can also in the process of your “Axeify” get the guitar customised to exactly what you are looking for in the music you play and its tone and its playing options with electrics, that may not be available from an off the shelf model.

The best examples of this are from Epiphone and Mexican Fender guitars. Also Aria Pro 2 and Tokai have so much more potential when fitted with better quality parts.

For example:
You buy a Epiphone Les Paul, something like a Standard for about £400 – £600. So lets be honest about the purchase, what have you really got? The Epiphone Les Paul Standard has a beautiful AAA Flame Maple Veneer top (depending on the model) and a traditional Mahogany solid body for that classic tone. It has a Mahogany neck and Grover tuners. Its basically everything you would get from a Gibson, with close up inspection, it really is every bit as good.

However, there are some issues. Epiphone like most guitars made in the east use cheap electrical components and although the pickups like Epiphone ProBuckers are nice, that’s only until you hear some really good pickups. The frets on the fretboard can be a little hit and miss and sometimes need levelling and a general good setup is also required.

Axeify is to do the following:

You end up with a Les Paul that plays, sounds and looks incredible and is every bit, if not better than its american cousin for a fraction of the cost.

It’s just the same with Fenders, you can buy a very nice Mexican Fender new or used, replace electrics and pickups, a little customising, fret levelling and setup and you end up with something very special and customised to your requirements.

Below are a few examples…

Fender Mexican P Bass, Purchased and sent directly to me. I replace the pickups to the USA Fender models, put in a vintage wiring harness and replaced stings and Pickguard. 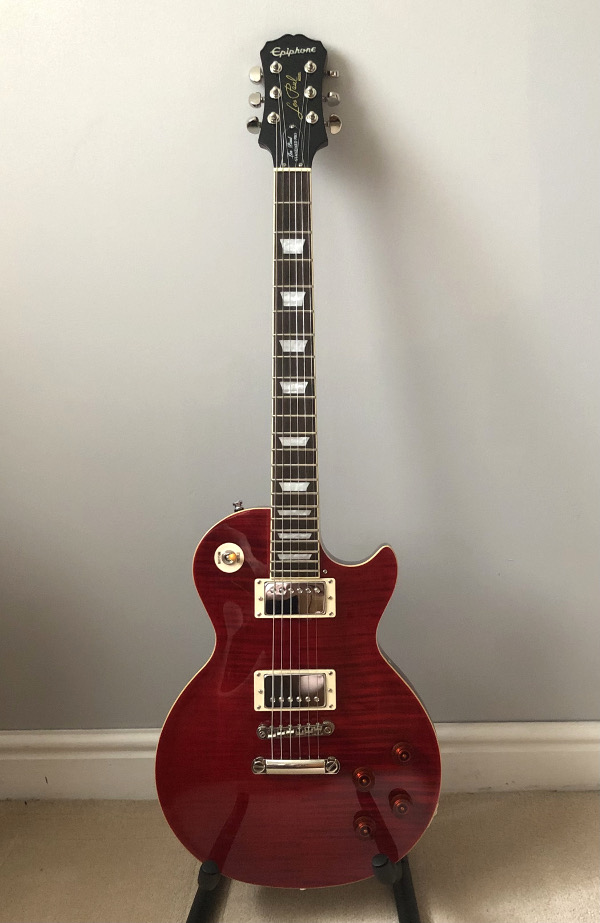 (one of my own) Epiphone Les Paul. Upgraded pickups to Bare Knuckle Peter Green (out of phase), vintage style wiring harness, control knobs and setup. 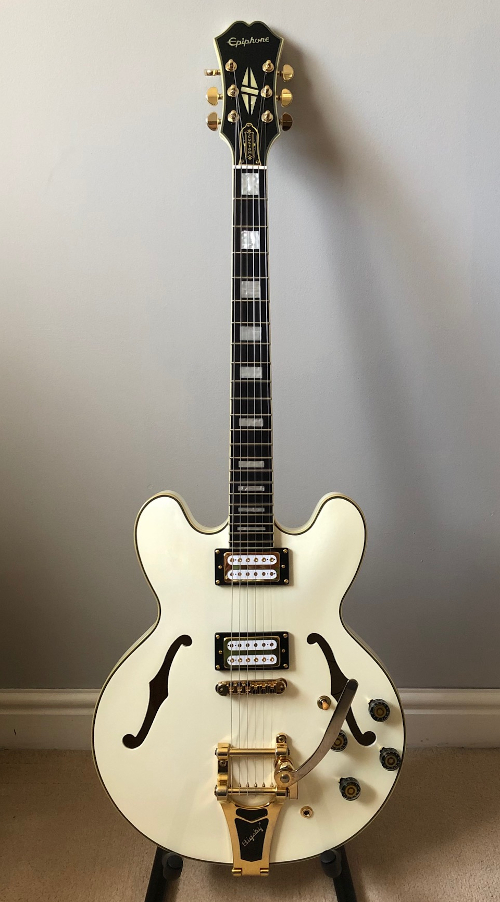 (one of my own) Epiphone ES 355. Upgraded pickups to Bare Knuckle Stormy Mondays, vintage style wiring harness and setup.